We are involved in several restoration projects in the Abel Tasman National Park:

We undertake Black Beech restoration on Adele Island/Motuareronui to boost the presence of this species and eventually control the spread of hakea. We are guided by the detailed Abel Tasman National Park Beech Planting Plan which can be viewed here.

We continue with our ongoing native restoration from Marahau to Tinline to increase the availability of food for our native birds and also to improve the visitor experience in the park.

We also assist DOC and Project Janszoon with other restoration projects such as native rata and peppercress planting, ’firesmart’ projects and sand dune protection.

To restore and maintain the natural forest cover of the national park we have administered almost $1 million in grant money to remove wilding pines and control a large suite of weed species in the Abel Tasman. At one stage it is estimated more than 10,000 ha of the Abel Tasman National Park was infested by wilding conifers. Control began in 2011 and the dead standing trees on the skyline and in bush catchments symbolise the success of this highly visible work. These trees are mainly a legacy of early European settlement and farming ventures. We also worked with owners of adjoining land to help stop re-invasion. Over time native trees will take their place and restore the integrity of the natural environment.

Here are some links for further background on our Wilding Pine Project:

A nationwide newspaper article, written in 2014, explains the Wilding Pine Control project in its infancy.

A wonderful video, produced by Project Janszoon, gives a fabulous visual representation of our work.

A detailed case study on how the project was successfully completed contains some excellent graphs and images.

The project will be used as a blueprint for other areas where wilding pines are becoming a problem. 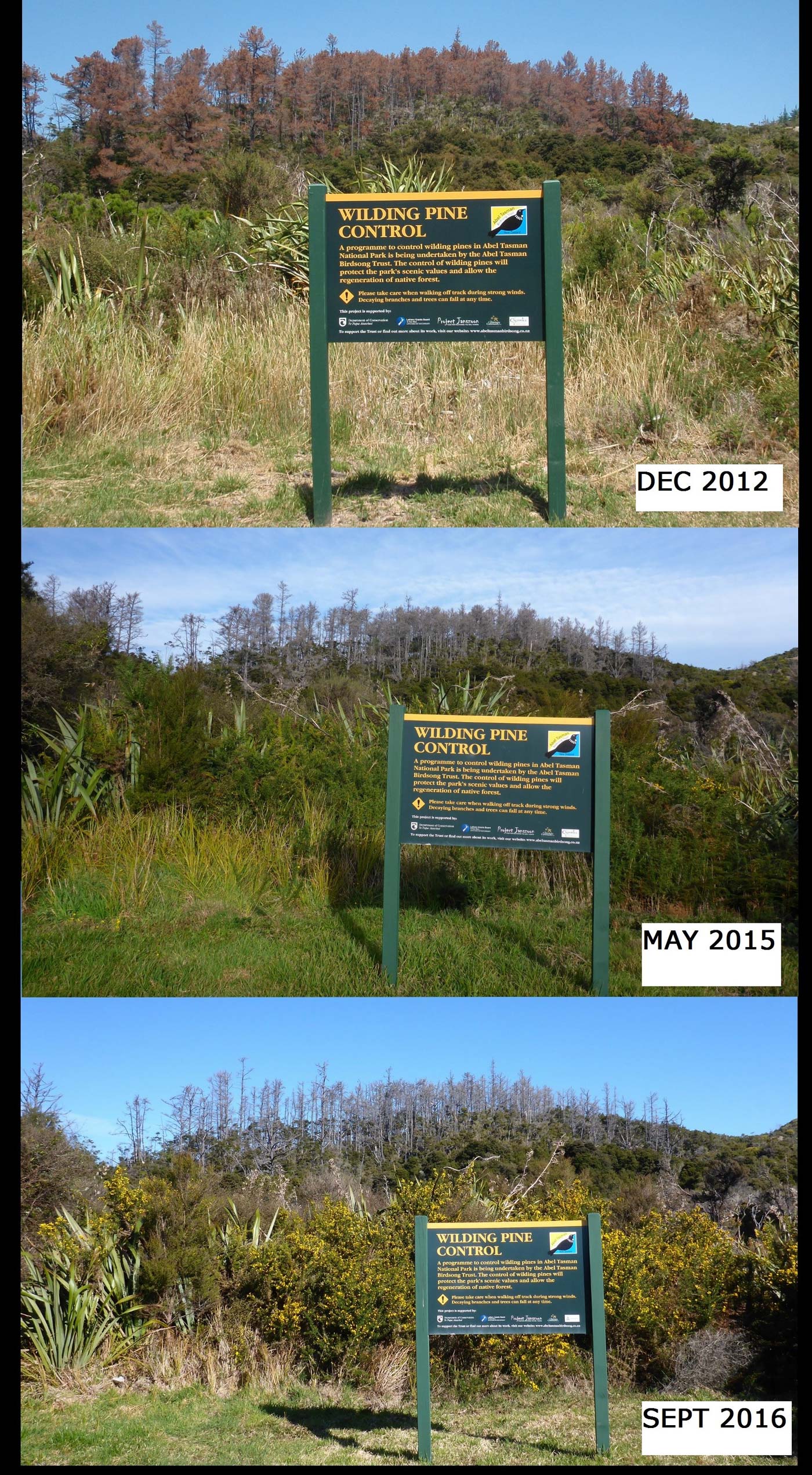 A 2012 survey identified 113 different weed species in the Abel Tasman National Park. In 2014 the Abel Tasman Birdsong Trust began a $200,000 weed control programme, supported by the New Zealand Lotteries Grant Board, targeting high–priority weeds like grevillea, wattle, holly, old man’s beard, pampas and tradescantia. These species are some of the ’Filthy Fourteen’

The following image illustrates the extent of weed infestation behind the Torrent Bay township. 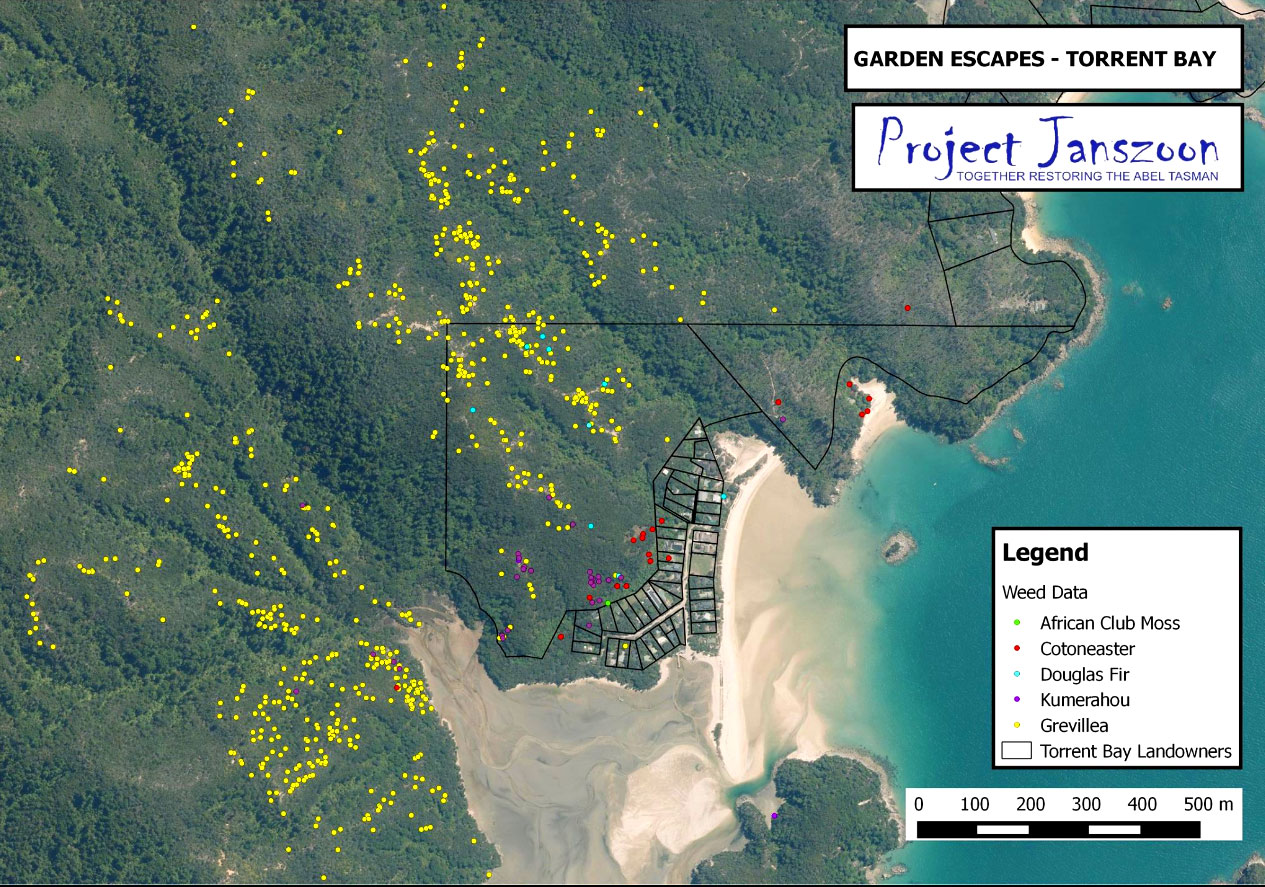 In 2016 Project Janszoon took over the follow–up work for the wilding pines and weed control. Focusing on target species that were either missed, or had sprung up after our initial control. 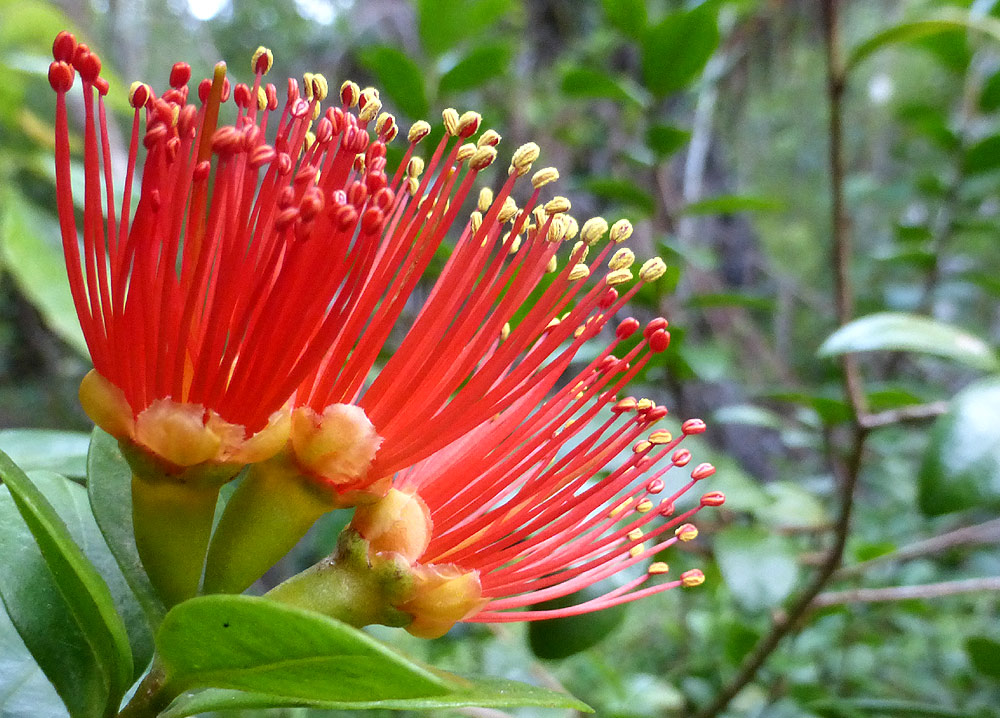 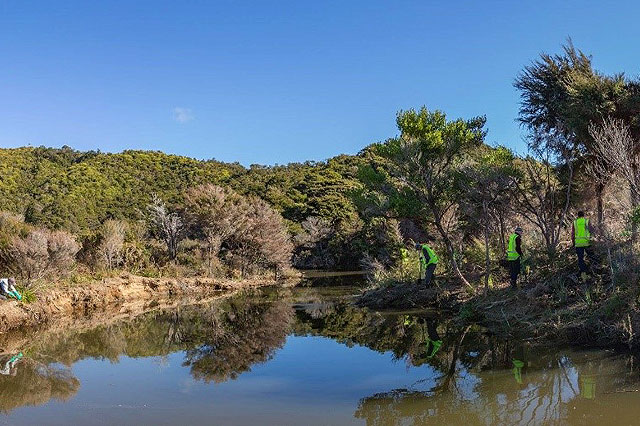 Projects we focus on: 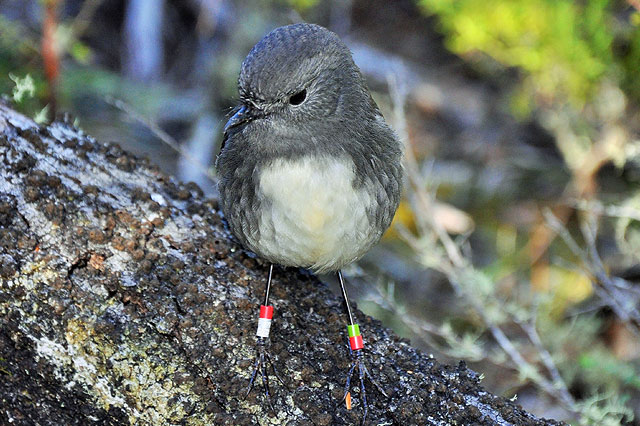 Donate Now! With your assistance we can undertake projects that show real conservation benefits. 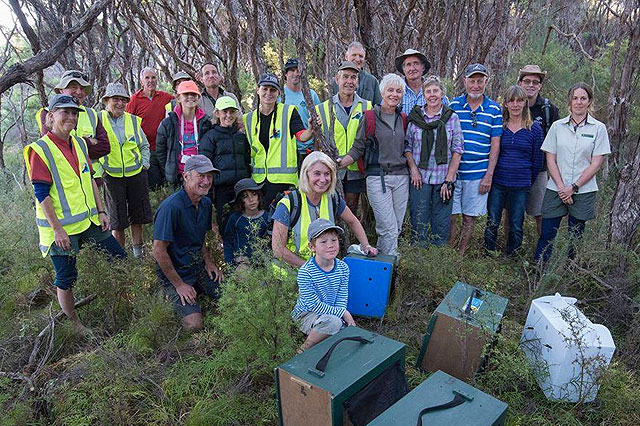 Join our team as a volunteer.